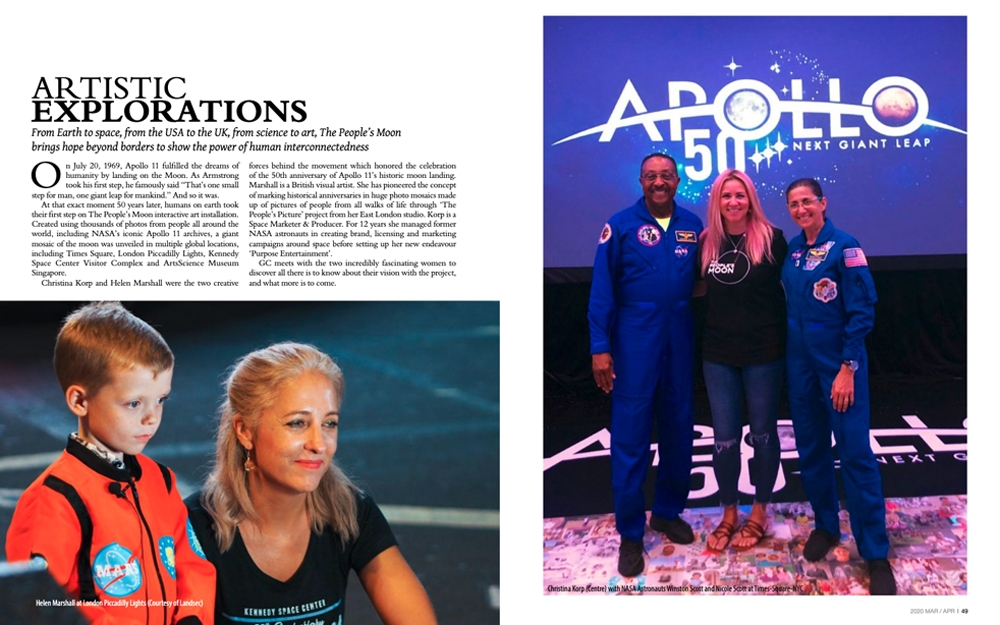 From Earth to Space, from the USA to the UK, from science to art, The People’s Moon brings hope beyond borders to show the power of human interconnectedness.

On July 20, 1969, Apollo 11 fulfilled the dreams of humanity by landing on the Moon. As Armstrong took his first step, he famously said “That’s one small step for man, one giant leap for mankind.” And so it was. At that exact moment 50 years later, humans on earth took their first step on The People’s Moon interactive art installation. 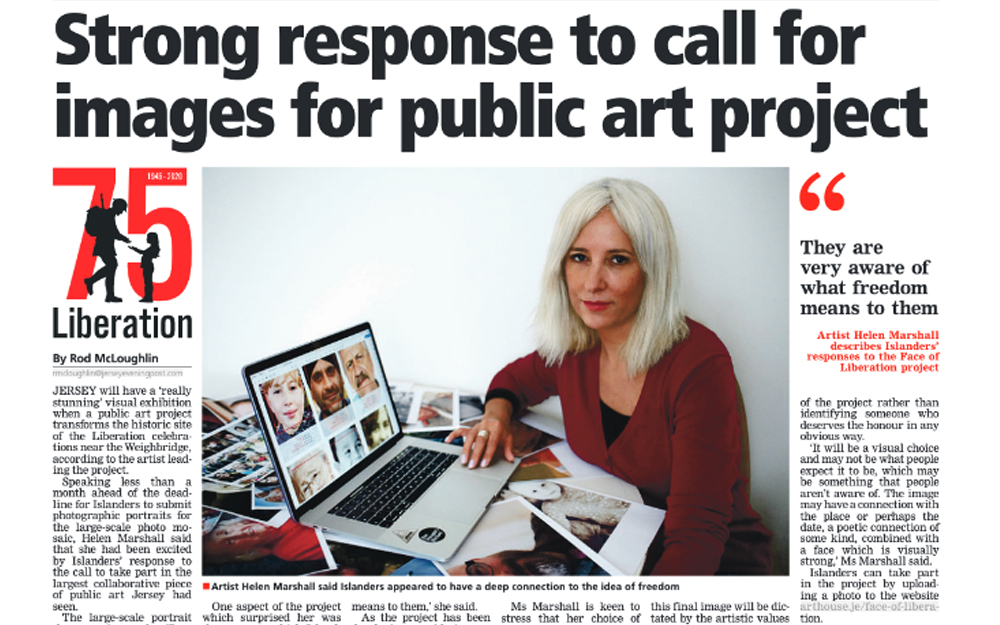 Jersey will have a ‘really stunning’ visual exhibition when a public art project transforms the historic site of the Liberation celebrations near Weighbridge, according to the artist leading the project.

Speaking less than a month ahead of the deadline for submissions for Islanders to submit photographic portraits for the large-scale photo mosaic, Helen Marshall said that she has been excited by Islanders’ response to the call to take part in the largest collaborative piece of public art Jersey had seen. 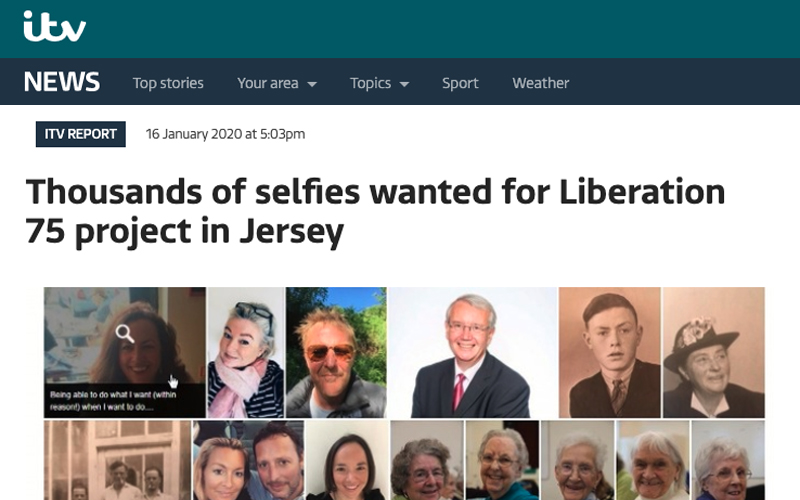 Thousands of selfies are wanted to celebrate the 75th anniversary of Liberation.  ArtHouse Jersey has already had over 100 submissions for its project ‘Face of Liberation’. Launched last week, it aims to create one large face made up of up to 10,000 smaller ones of people who live in Jersey now and in the past. The 1,000 square foot piece will be pulled together by British artist Helen Marshall, known for her mural of the Queen which was displayed at Gatwick Airport in 2013. 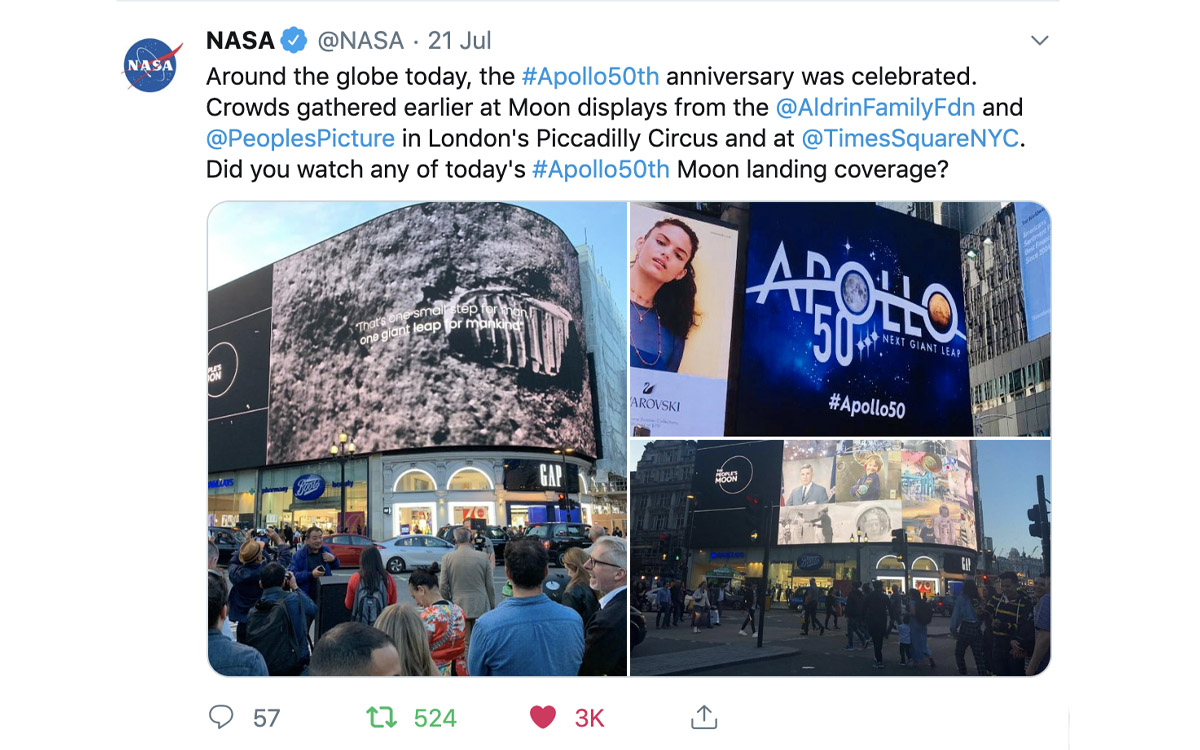 Around the globe today, the #Apollo50th anniversary was celebrated. Crowds gathered earlier at Moon displays from the Aldrin Family Foundation and The Peoples Picture in London’s Piccadilly Circus and at Times Square NYC. Did you watch any of today’s #Apollo50th Moon landing coverage? 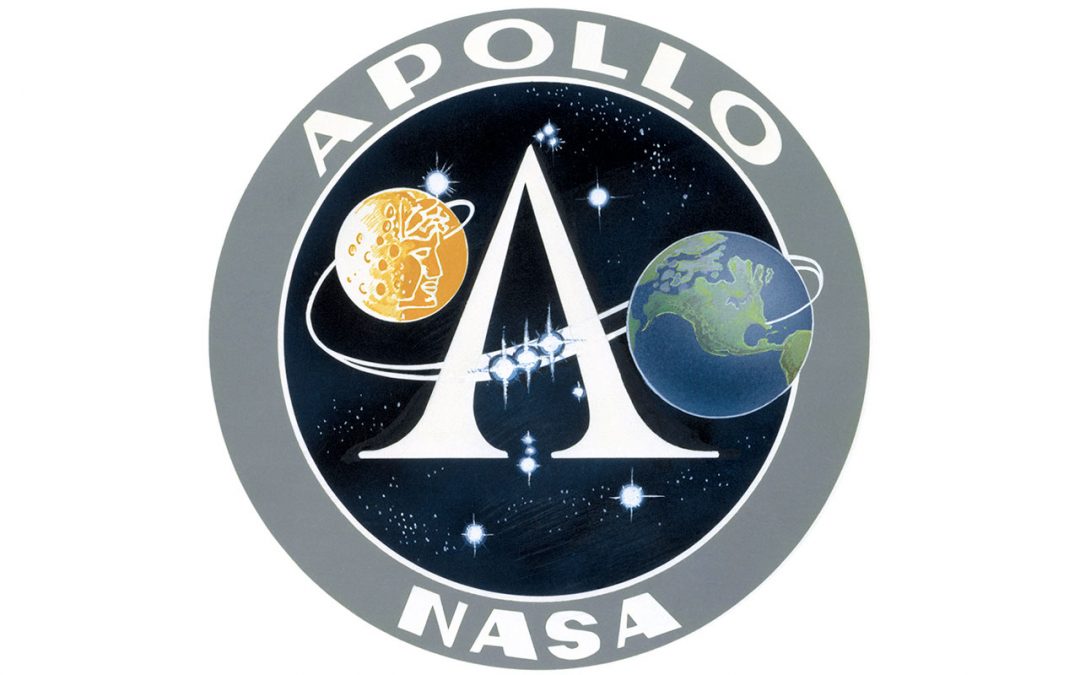 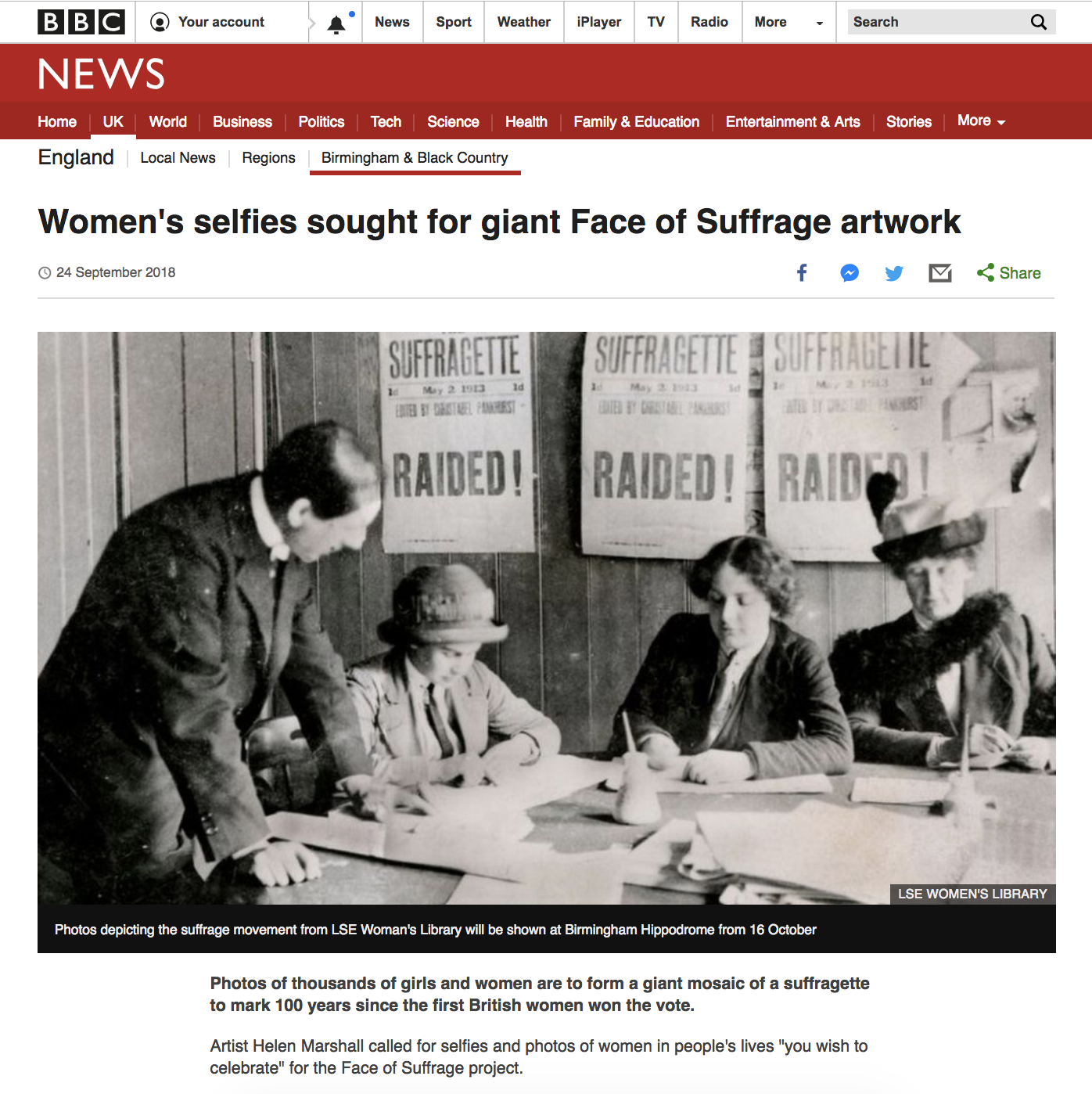 Photos of thousands of girls and women are to form a giant mosaic of a suffragette to mark 100 years since the first British women won the vote. Artist Helen Marshall called for selfies and photos of women in people’s lives “you wish to celebrate” for the Face of Suffrage project. “It’s not just about brave and daring stories,” she said. “It’s really about taking part and being visible.” 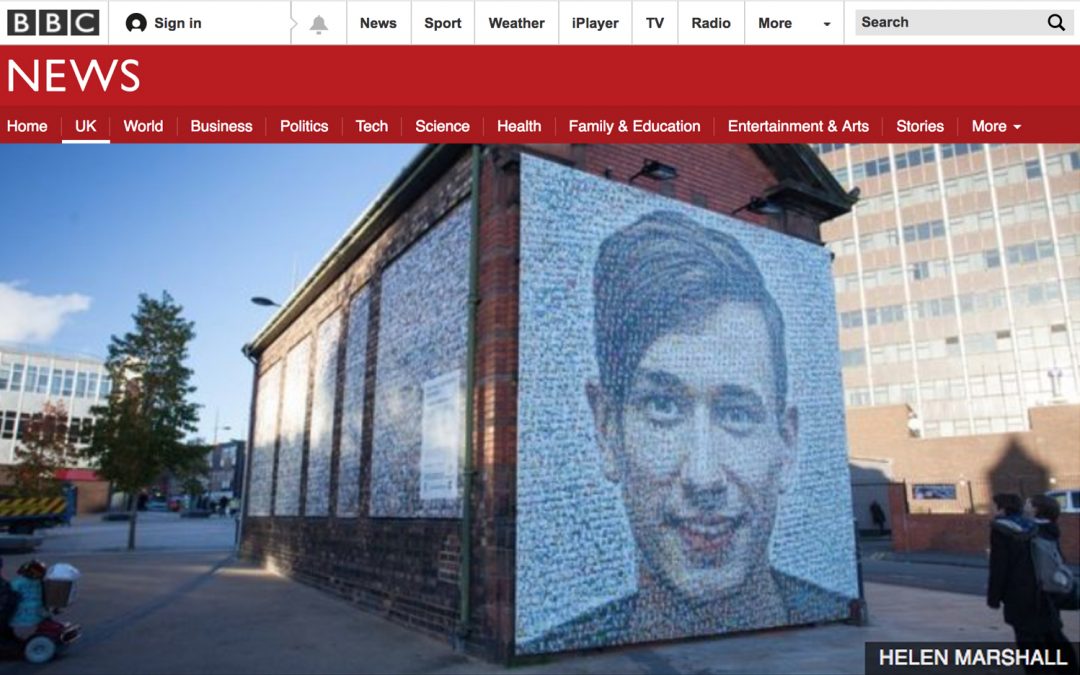 Portrait Unveiled as the Face of Stoke On Trent | BBC | 2017

A large portrait made up of hundreds of small photos has been put up to celebrate a city’s people. The 4m (13ft) tall image of Jozef Clark, 23, was unveiled earlier for the Face of Stoke-on-Trent project. Artist Helen Marshall said Mr Clark’s image was chosen from 3,550 submitted because it provoked conversation with people “wanting to know his story”. 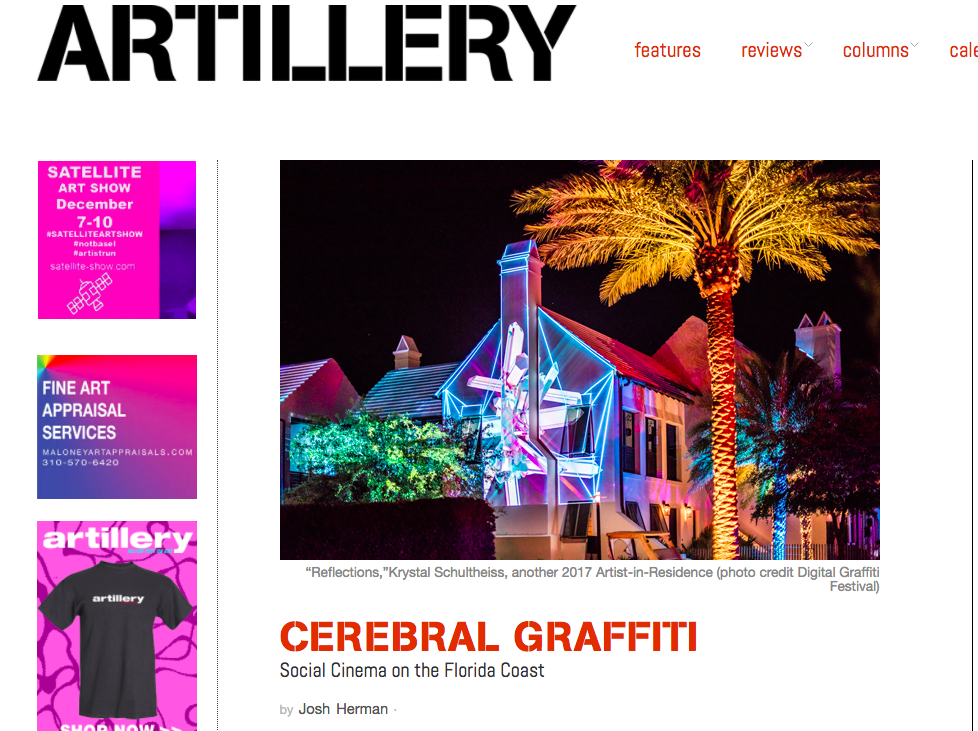 Meandering along the shell-encrusted path, eyes are drawn to one of the house’s belfries; there, under a soft bulb, a giant moth beats its wings. This isn’t a native species—it’s Nightfall (2017) by Helen Marshall. The UK-based artist scanned a sun-bleached toy moth and animated it into being. Then Brett Phares, the festival’s curator, projected it onto Alys Beach. 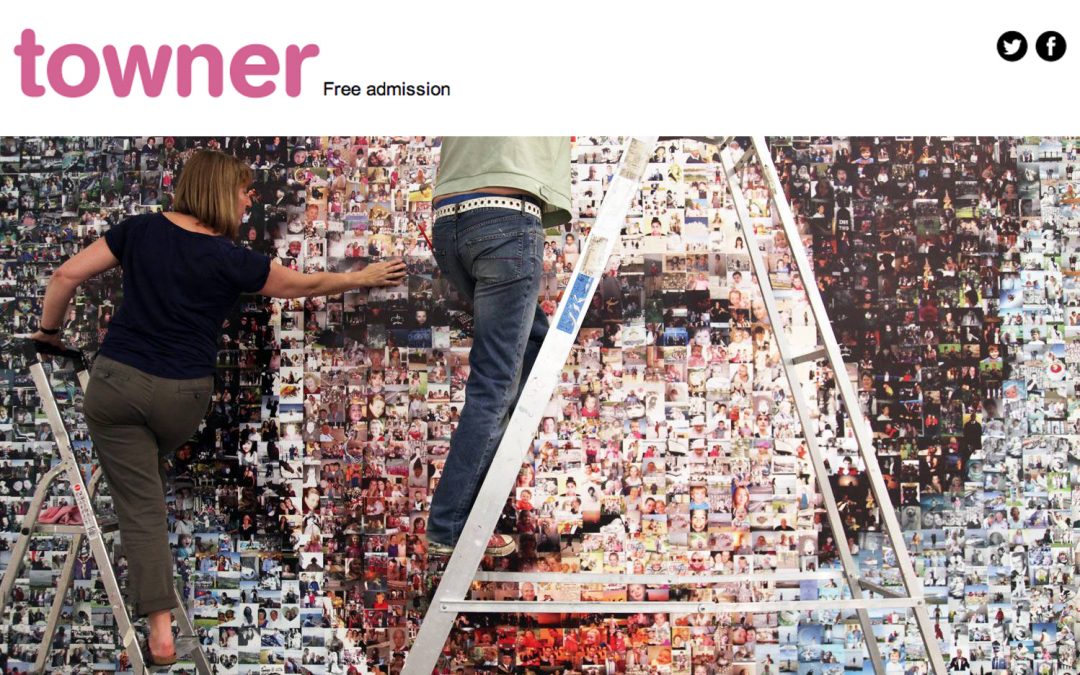 A portrait of The Queen has been commissioned by BBC South East Today which will be entirely made up of photographs of the people of the region.

Around 10,000 images will be needed for a huge photo-mosaic of the Queen. The photos can be portraits, family photos, shots of people in front of their favourite South East landmark, people in their garden or on a fairground ride – anything at all as long as it shows local faces. The pictures can be black and white or colour, recent or old. They will be included in a work of art, made in collaboration with the artist Helen Marshall, entitled The People’s Monarch. 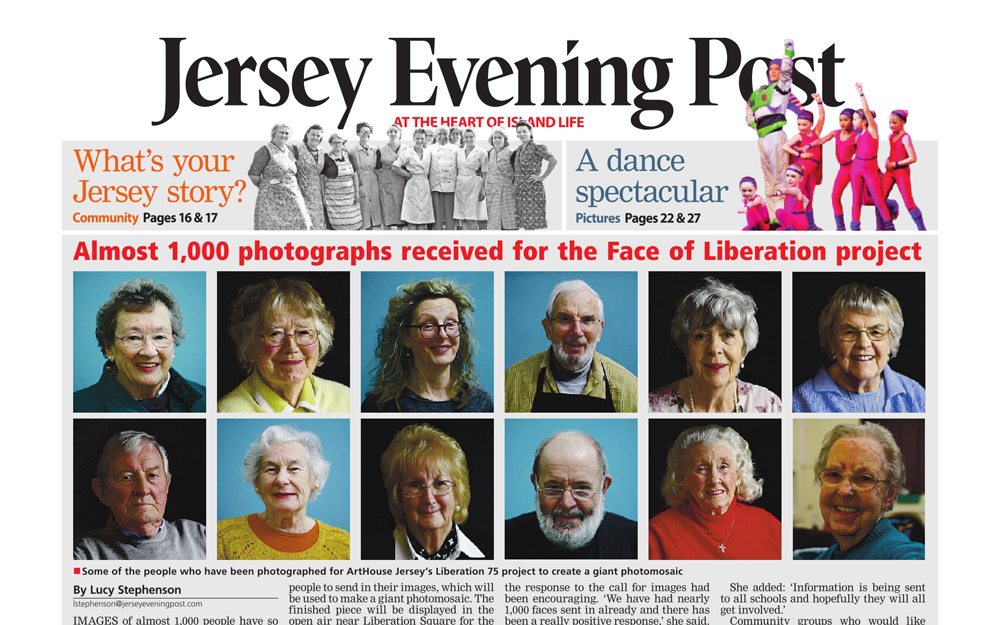 Images of almost 1,000 people have so far been submitted as part of a communi­ty art project to mark this year’s Libera­tion 75 celebration. ArtHouse Jersey is aiming to produce the largest piece of public participative art ever seen in the Island and is asking people to send in their images, which will be used to make a giant photomosiacs. The finished piece will be displayed in the open air near Liberation Square for the celebrations in May. 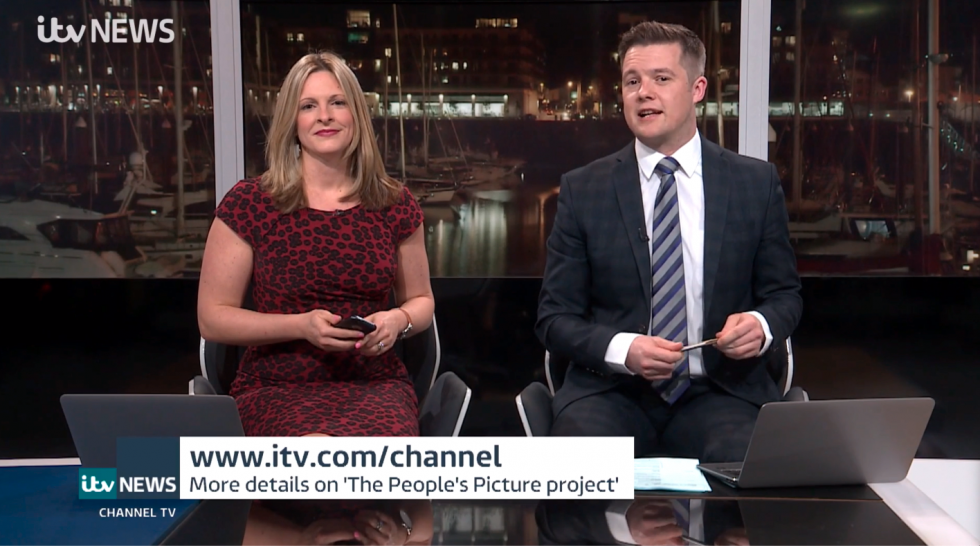 Thousands of selfies wanted for Liberation 75 project in Jersey. 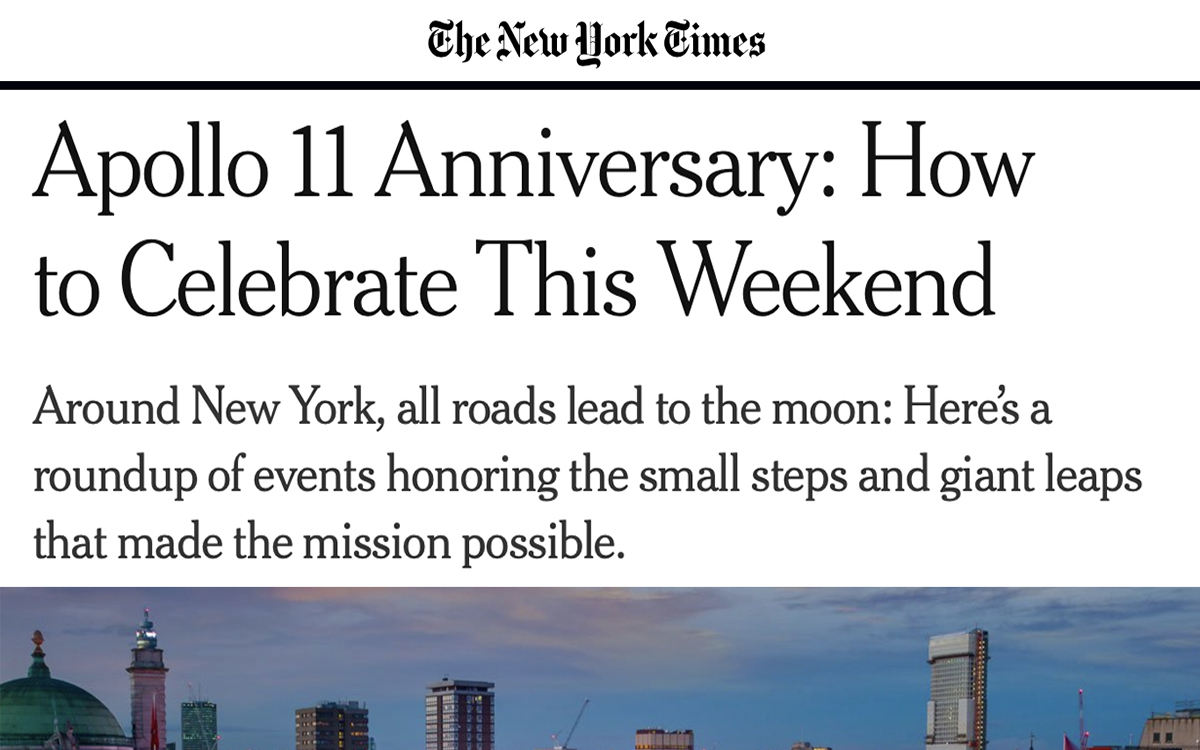 Apollo 11 Anniversary: How to Celebrate This Weekend | New York Times | 2019

Tranquility is not a word normally associated with this neighborhood, but that will change with this free event, which intends to transform Duffy Square into Tranquility Base, site of the lunar landing. Presented by the Aldrin Family Foundation in partnership with “The People’s Moon,” an online project by the British artist Helen Marshall, the festival will turn the pavement into a giant mosaic featuring Neil Armstrong’s lunar boot print overlaid with photos collected from spaceflight enthusiasts around the world. 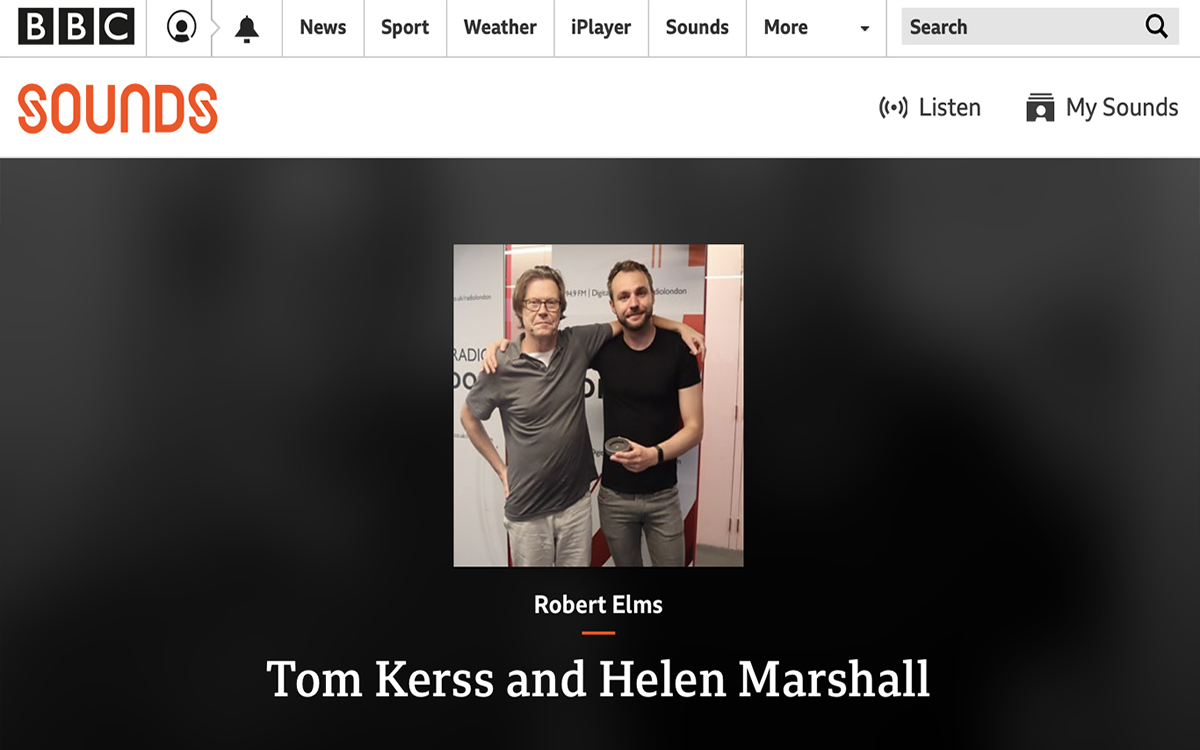 BBC London | Celebrating the 50th Anniversary of the Moon landing | 2019

Celebrating the 50th anniversary of the moon landing with Tom Kerss and Helen Marshall. 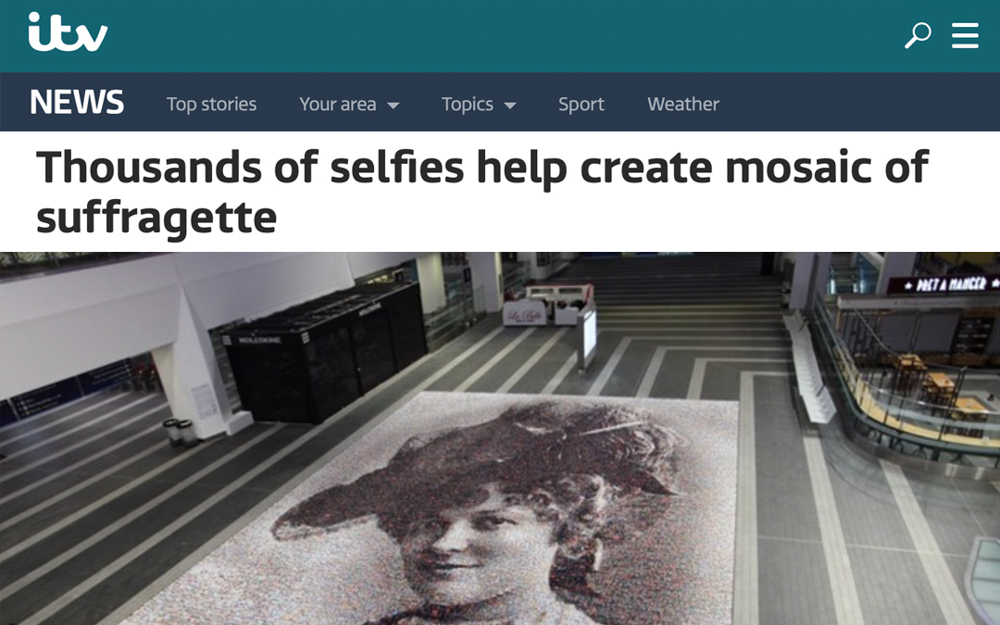 An art installation marking 100 years since women were given the vote has been unveiled at Birmingham New Street station. The floor-based artwork called “The Face of Suffrage” is made of a mosaic of more than 3,700 images of women from across the West Midlands and the UK. 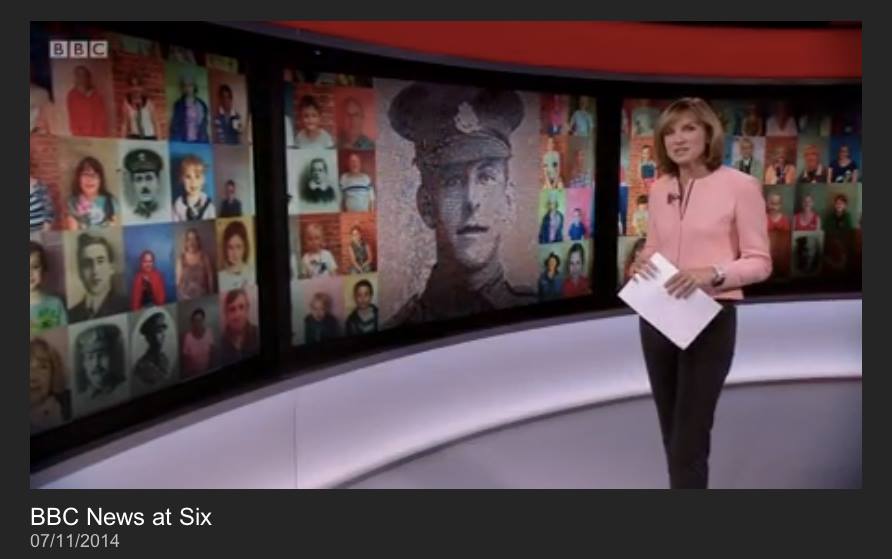 The Face of WW1 featured on the BBC News at Six with Fiona Bruce and David Sillito in 2014. 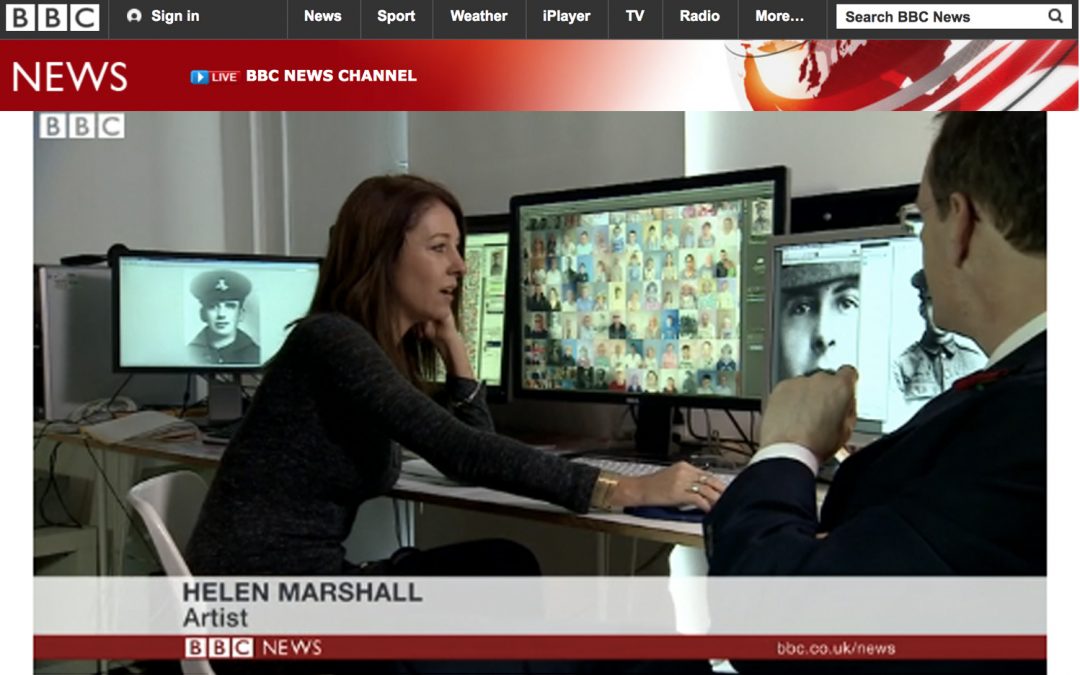 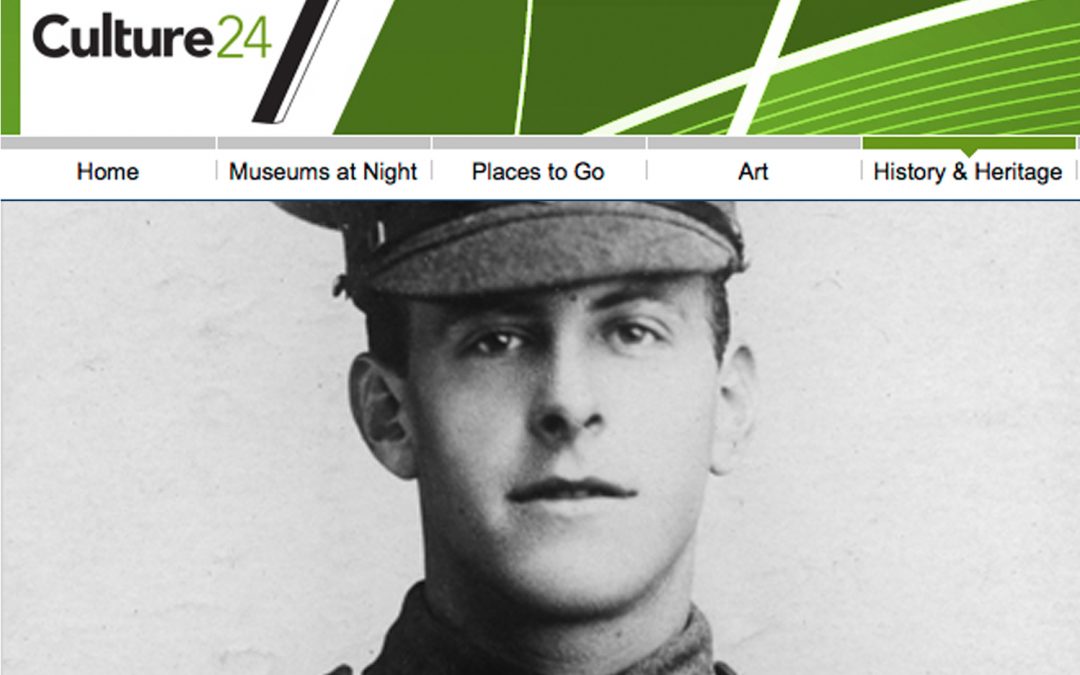 Helen Marshall, an artist whose giant mosaic of the Queen was seen by thousands of people during a tour which took in Gatwick Airport, was commissioned to reflect the image of Private James Beaney with the help of 20,000 audience faces captured during a series of BBC events.

Beaney worked as a plumber’s mate before joining the East Surrey Regiment August 1914. Arriving in France on May 31, 1915, he was serving with D Company, 6 Battalion near Martinsart Wood, France when he was killed on August 8, 1916. 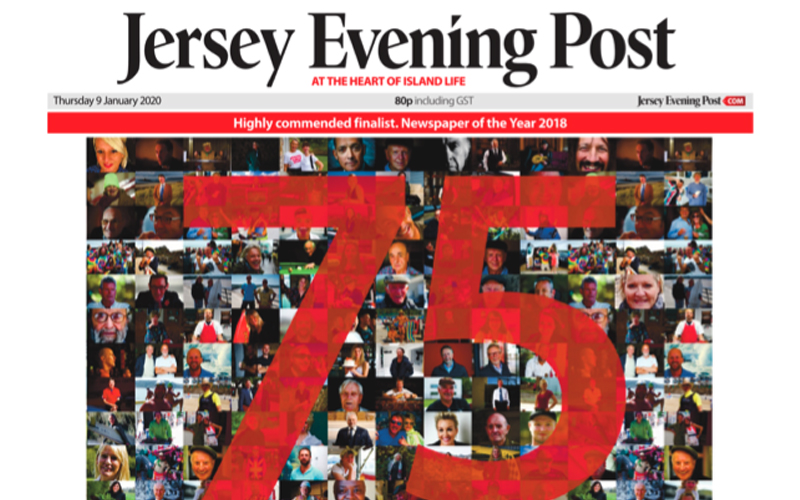 To mark the 75th anniversary of the Liberation, ArtHouse Jersey is launcing what it hopes will be the biggest community art project the Islands has seen and is calling on everyone to get involved. 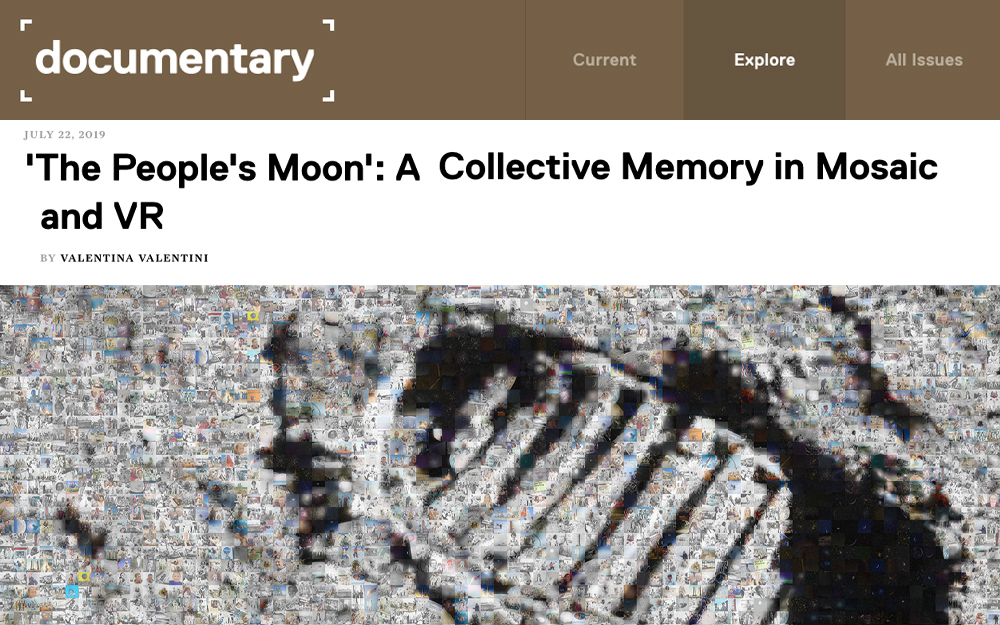 Documentary Magazine | ‘The People’s Moon’: A Collective Memory in Mosaic and VR | 2019

Over half a century since man landed on the moon, the world might still be as uncertain, especially when the advance of climate change is brought into the fold, and peoples’ collective consciousness is decidedly fractured. But there is a group of three women—each with distinctive talents—who have had one goal of bringing us back together for another moment. 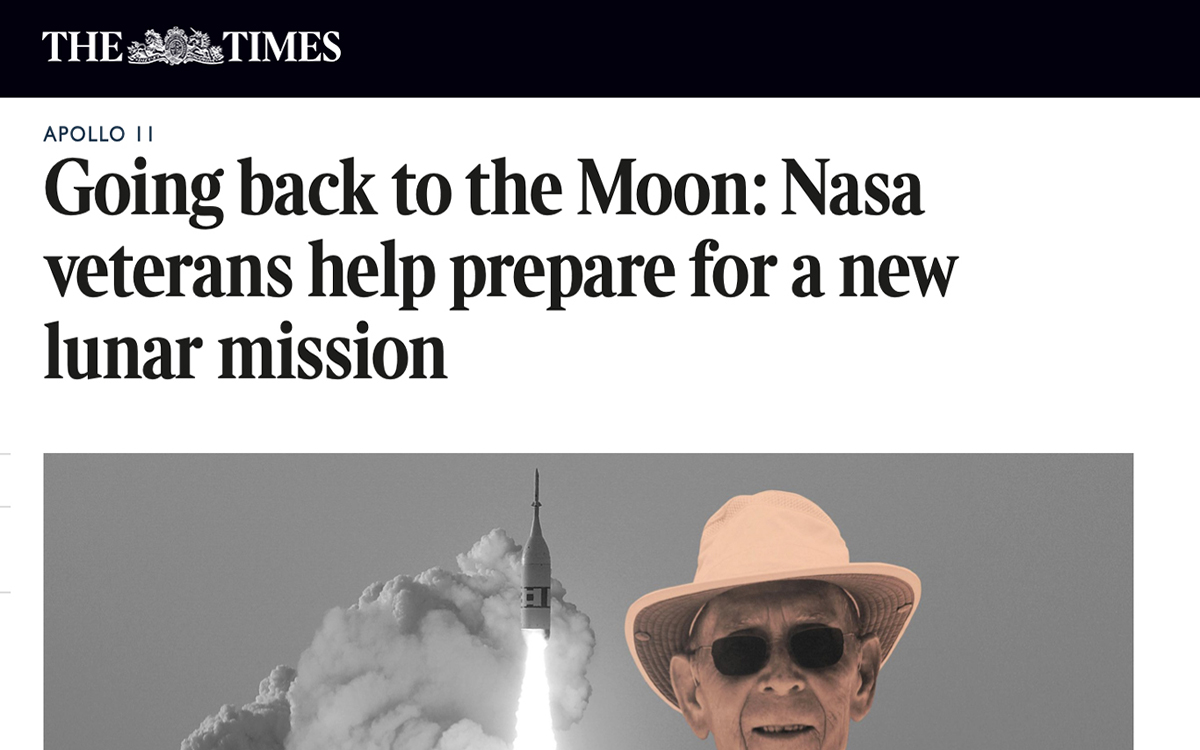 The 50th anniversary of the Apollo 11 mission will be marked at landmarks including the Washington Monument, Times Square in New York and the satellite tracking station in Australia that relayed footage of Neil Armstrong’s first steps on the moon. 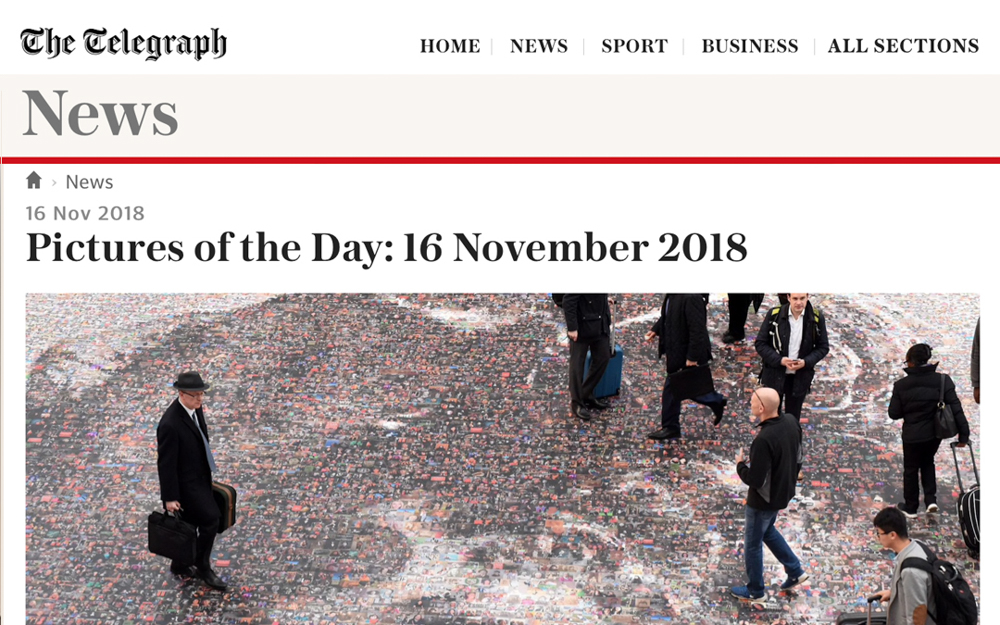 A giant 65ft mosaic portrait of militant Suffragette Hilda Burkitt has been unveiled in the atrium of Grand Central at Birmingham New Street Station. The mosaic is made up of 3,724 photos submitted by members of the public to create the artwork. 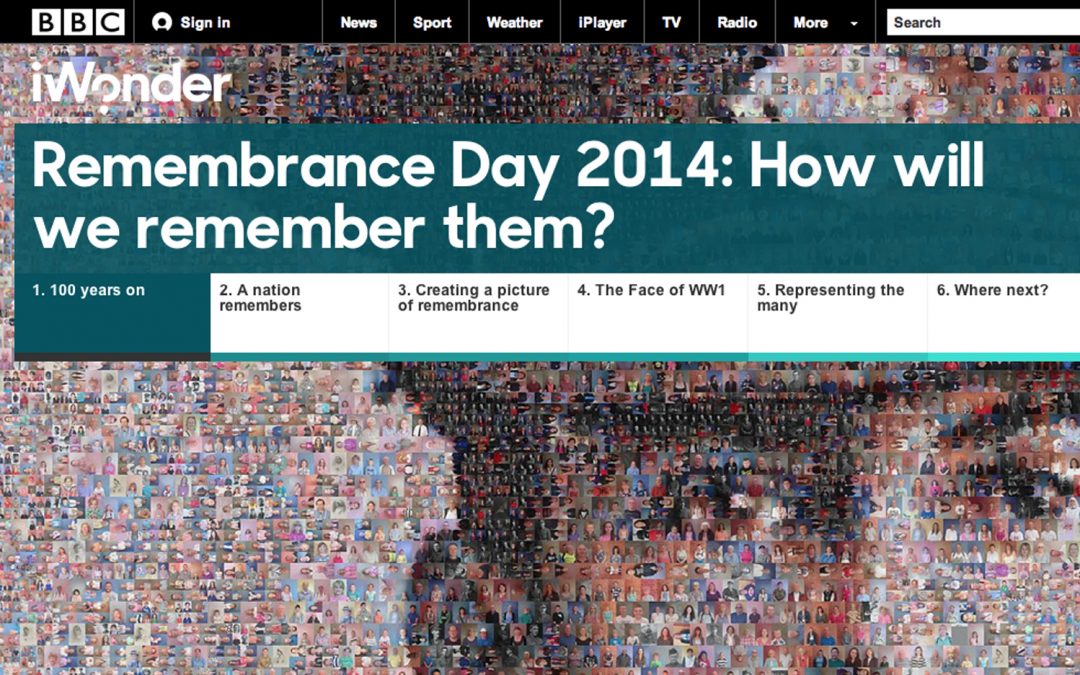 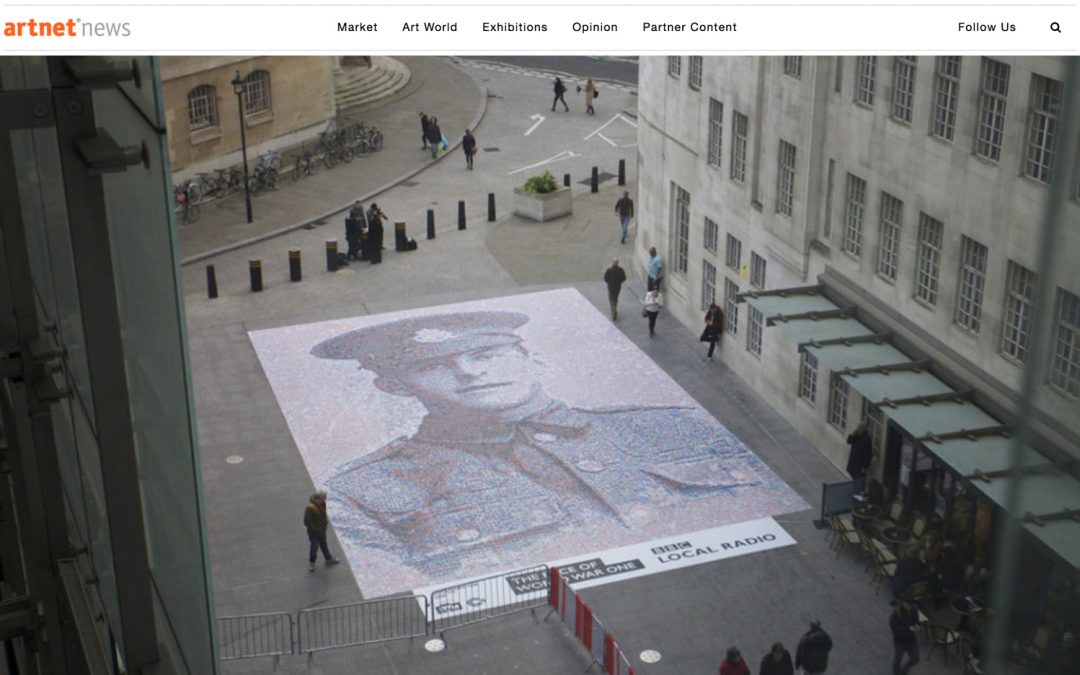 How do you put a face to a war that occurred a century ago? British artist Helen Marshall has done exactly that, compiling over 30,000 photo images from World War I to create a memorial mosaic in the form of a portrait of a World War I private. The soldier’s compelling face, she explained to the BBC, “could also exist in the here and now, in our time.” 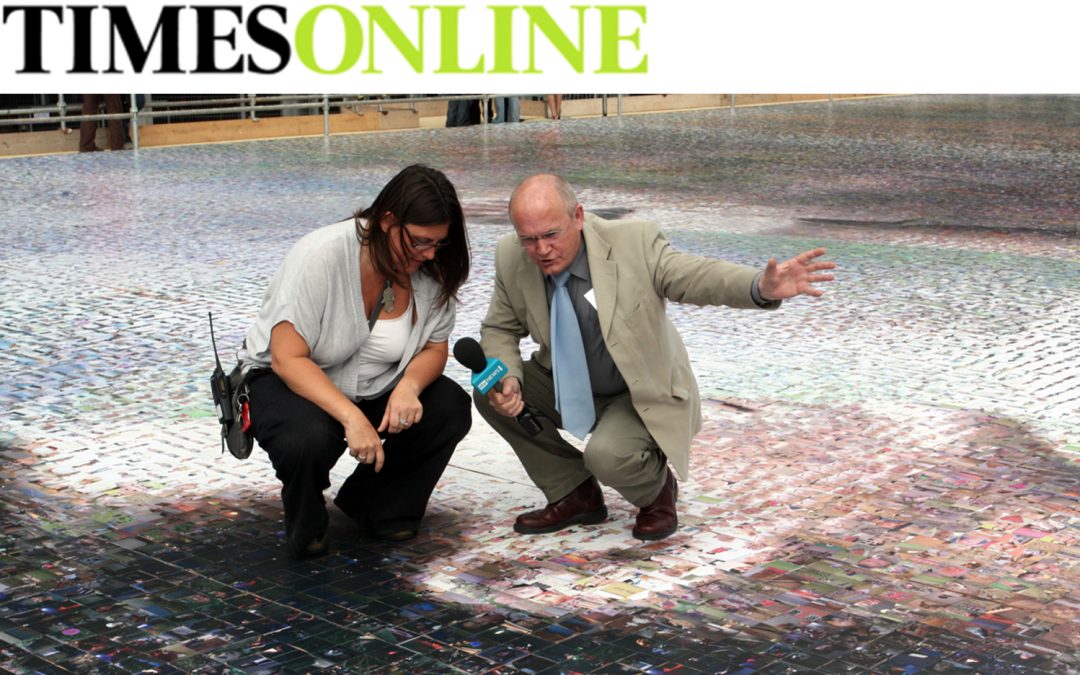 Almost 113,000 photographs covering an area of three tennis courts have been collected together to make the world’s largest photographic mosaic. 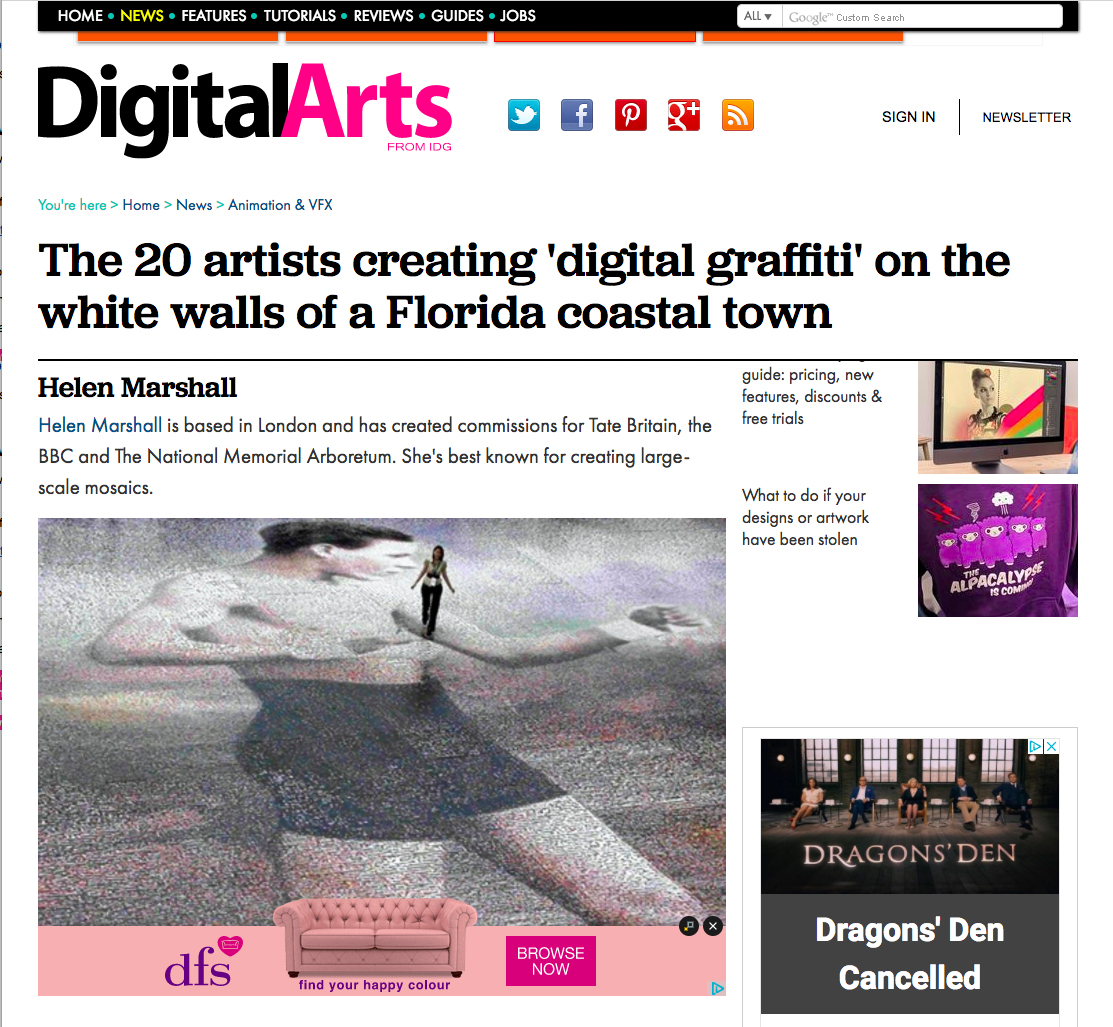 The 20 artists creating ‘digital graffiti’ on the white walls of a Florida coastal town. Last year, we visited the Digital Graffiti festival in Florida – where the gleamingly white coastal town of Alys Beach gives itself over to colour after dark. In May, the festival returns again for its tenth year, and the 20 artists taking part have just been announced.