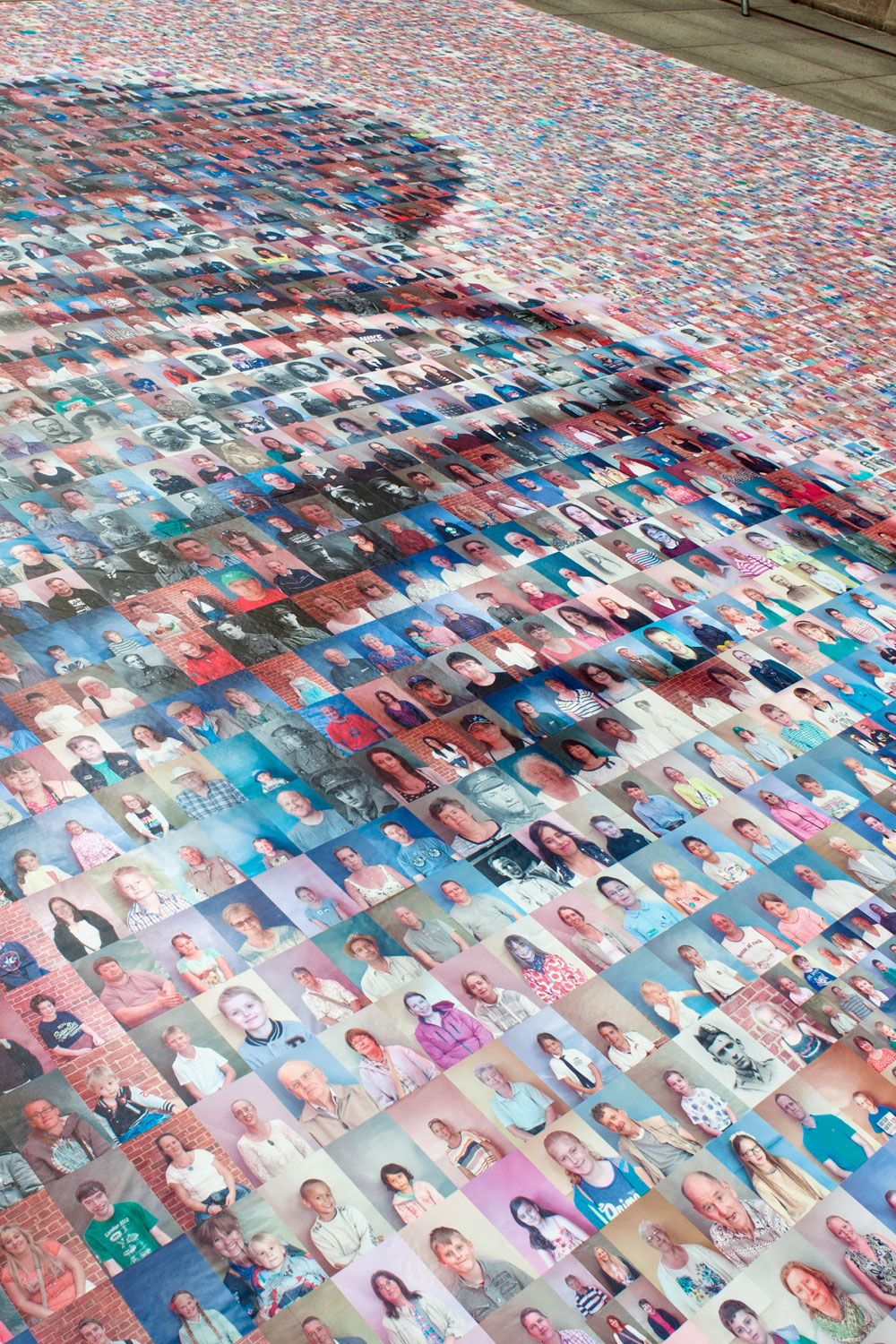 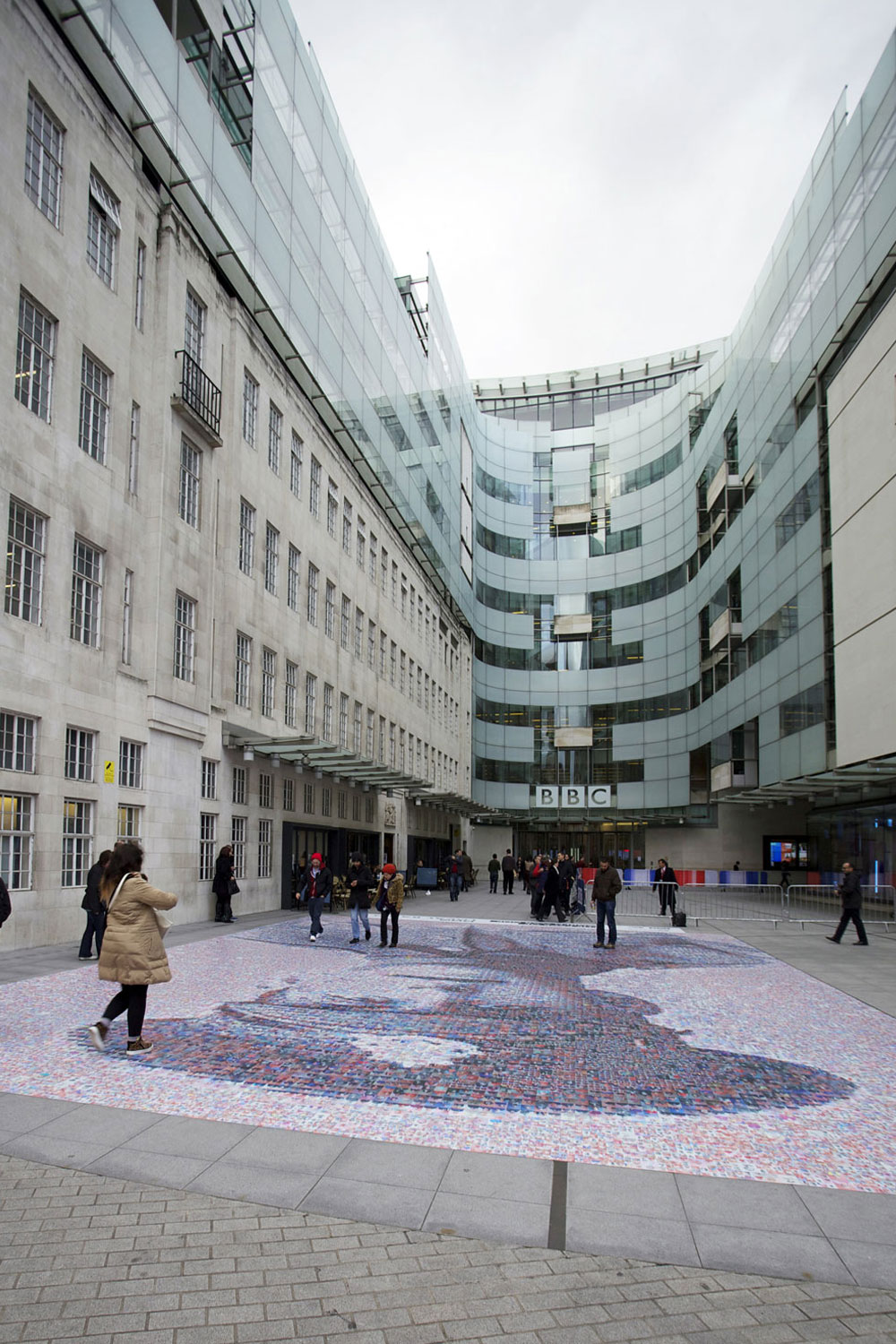 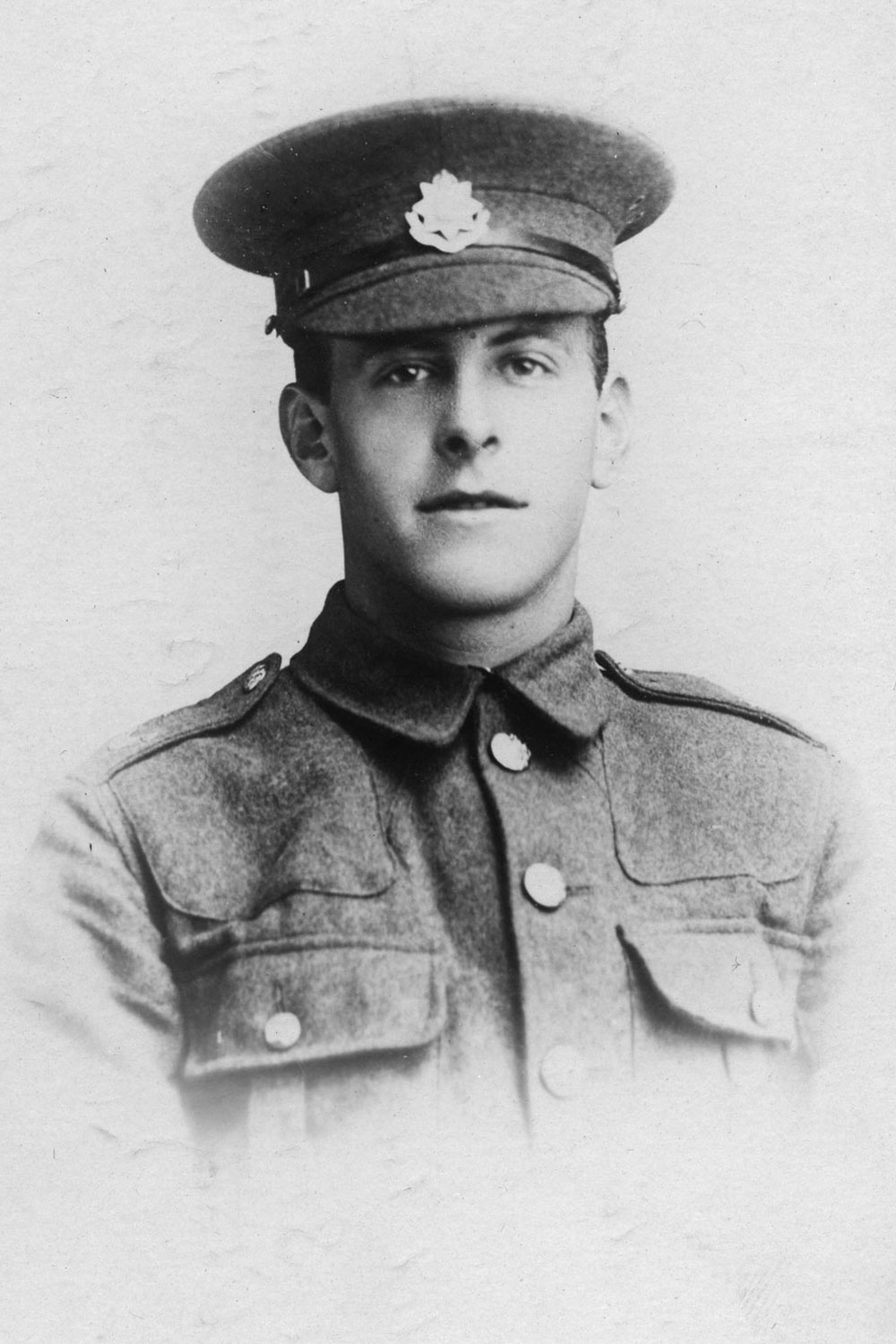 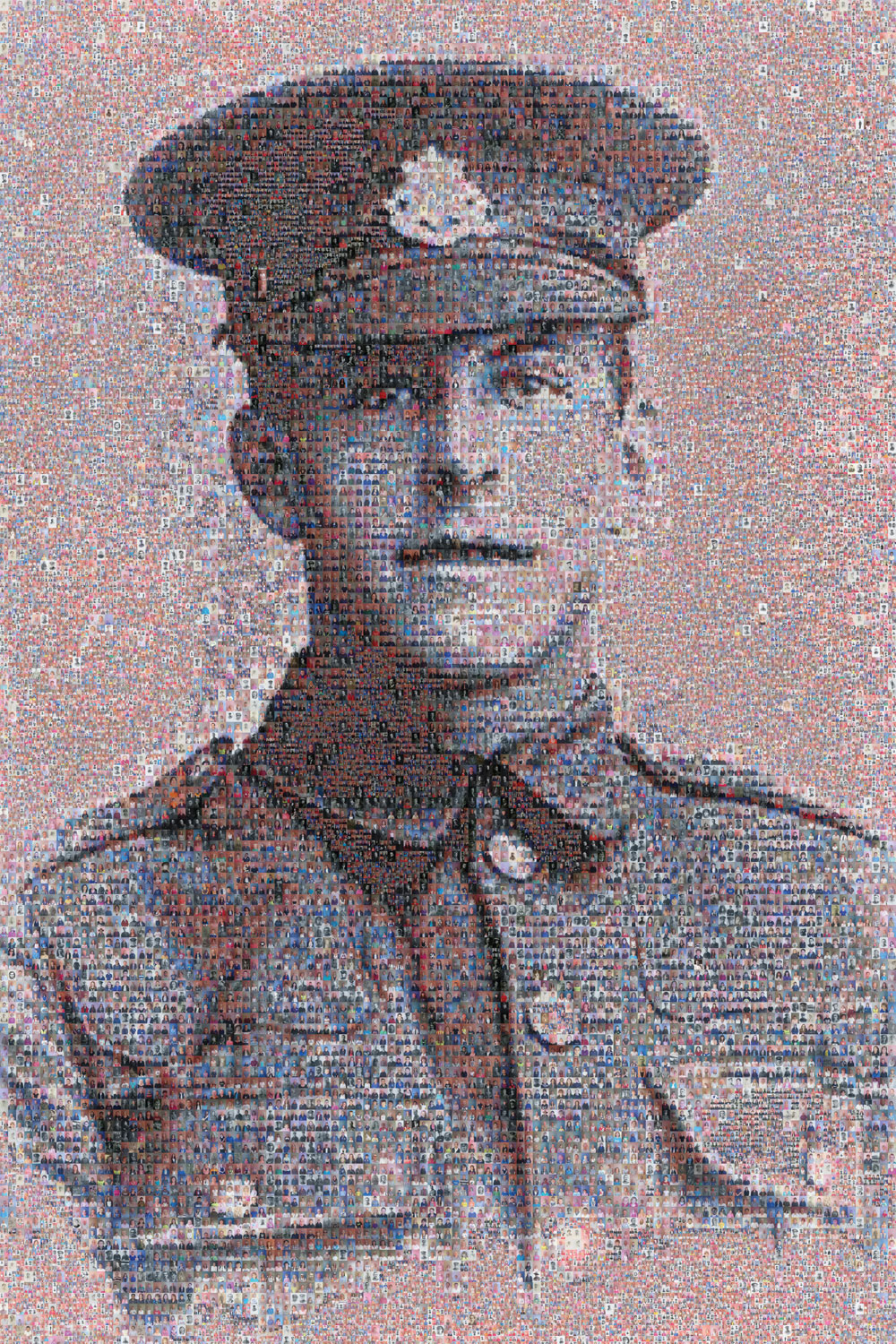 A commission by the BBC. ‘The Face of World War One’, contained more than 30,000 photographs captured across the nation during the BBC World War One at Home Live Events. Original photographs from 1914-1918 were included in the mosaic, supplied from the archives of Imperial War Museums and public submissions. This mosaic commemorates how the sacrifices made by those during World War One, shaped the face of today.

Private James Ernest Beaney was born on April 16th, 1893 in Battersea, London. He had a brother and two sisters, and the family lived in Putney. Before joining the army, James worked as a plumber’s mate. He served in The Queen’s Regiment (Royal West Surrey Regiment), arriving in France on May 31st, 1915. James died on August 8th, 1916 at the Somme. The Printed Artwork is is 150 metres square and was outside  BBC Broadcasting House Piazza in November 2014. The Digital artwork was projected on to a 27-foot-high wall in IWM North Main Exhibition Space on Remembrance Weekend. It is also featured here online as a zoom in image. Helen Marshall says “This portrait image was selected not only because of it’s important historical context, being sited clearly in it’s own time, but because it is a face that could also exist in the here and now, in our time. “

Every photograph in this artwork tells a story. Explore some of the stories below and more here on the IWM Lives of the First World War. Explore the story of how the UK came together to create this piece of commemorative art in the special iWonder guide, and watch the News Headlines and the story of how James’s family were found after the artwork was made.